Wicker is the oldest furniture manufacturing industry in human history. It is about 5000 years old and dates back to ancient Egypt where pliable plant material was used to weave various types of furniture. Archaeological discoveries from ancient Egypt have uncovered complex wicker objects such as chests in the tombs or wealthier pharaohs and even wicker shields in battlefields. It is still practised in the modern day and uses pliable plant material that can be easily woven such as willow, rattan, reed, bamboo, and even synthetic fibres. Of these, Rattan and Willow are the most popular. Wicker products are characterised by their low weight and high rigidity, making them suitable for furniture and items that will be moved often, such as baskets and chairs placed in outdoor areas. They are also used to make speciality or decorative items such as Banneton Man’s bread baskets. The wicker industry is falling out of popularity in the modern day due to the availability of other materials and faster manufacturing processes.

Rattan is one of the plant fibres used in wicker products and is a name for a species of palm tress which produce pliable plant fibre. They are one of the world’s most valuable non-timber forest products due to their use in the wicker industry. They are used to produce all types of wicker products including canes, baskets, furniture, mats, and other decorative handicrafts. They are primarily grown in Indonesia (providing about 70% of the world’s supply) with the rest originating from various other South Asian countries. Rattan golds a unique place among the other palms due to its strength and malleability. Its use in the ancient industry was however, mostly comprised of basket weaving. Various archaeological evidence suggest that rattan basket weaving is holder than oven pottery. It originated in South Asia but was distributed all over the world through civilisations including China and Japan all the way to Egypt, where the oldest examples of wicket have been found.

The rods of willow trees can be woven into wicker, and it is one of the most popular materials behind the wicker craft. Willows grow as trees in wet areas and are characterised by their toughness. Willow wicker is therefore less likely to split while being woven and can be bent around sharp corners, such as when weaving baskets. The craft of willow wicker products is still practised in Kashmir, but trade has dwindled, and the industry is shrinking. Willow is commonly used in the wicker craft for the manufacture of fences, fishing nets, and other decorative items similar to Rattan. However, willow is not as popular as rattan in the wicker industry, due to willow having other uses elsewhere.

Wicker remains a popular material for the applications mentioned above but are relatively less common compared to the ancient times. Antique wicker products are highly sought-after collectors’ items and reproductions of various furniture prices are sold for indoor and outdoor use. The industry is still practised widely in Poland, which exports its products to Europe. 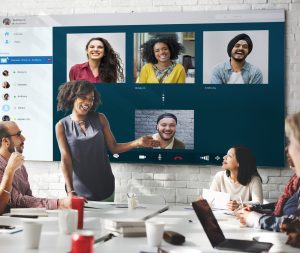